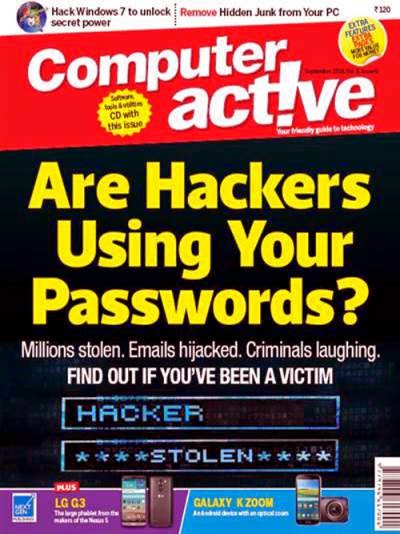 Computer Active India – English /september 2014
Computer active India is a magazine that simplifies and demystifies technology for the common man. Published by Dennis Publishing Ltd, Computer active is United Kingdom’s best selling computer magazine. The magazine is a market leader in most of the countries it is published in. In India, this is the first magazine to open up the inundating world of technology to the common man. The magazine’s runaway success worldwide can be attributed to its basic philosophy: simple, clear advice on computing and technology in plain, easy-to-understand English. Computer active India encourages its readers to get the most out of their PCs, Tablets and Smart Phones. The magazine has a hands-on approach and, through its popular sections like Workshops and No Problem, it helps readers get the most out of their overall computing experience. Computer active India also excels in giving sound buying advice. While there is no dearth of technology magazines in the country, most of them cater to advanced users and spew jargon, which, at best, confuses readers more than helping them. Computer active India fills this void by opening the world of computing, digital products and technology to the common man, and explains technology in a way that can be understood easily by a 60-year-old grandparent or a 16-year-old teenybopper.
டவுன்லோட் லிங்க் :